About Kenya’s Geography and Climate

Kenya, an East African nation, spans more than 224,000 sq. miles (582,000 sq. Km), making it only slightly smaller than the state of Texas in the United States. Kenya is situated on the equator and is bordered by five countries: Uganda (to the west), Sudan (to the northwest), Ethiopia (to the north), Somalia (to the northeast), and Tanzania (to the south). Along its southeast edge, Kenya’s tropical coastline connects the country to the Indian Ocean.

Nairobi, the capital of Kenya, is located in the southwest. Other major cities include Mombasa (situated on the coast), Nakuruand Eldoret (found in the west-central region), and Kisumu(located in the west on the shores of Lake Victoria).

Kenya is blessed with a wide range of topographical features – from the low plains found along the coast, bisected by the Great Rift Valley, to the fertile plateau in the west. The Great Rift Valleyis home to a number of lakes, arid and rugged landscapes, and volcanic landforms with areas of active hot springs and geothermal activity.

The highland areas of Central Kenya provide fertile ground for farming, making Kenya one of the most agriculturally productive countries in Africa. The north of Kenya, however, is largely desert land scattered with thorn bush. This contrasts greatly with the Kenyan coast, which features many beaches, coral reefs, creeks and coral islands. The coastal strip is largely flat, giving rise to the rolling Taita hills.

Mount Kilimanjaro, Africa’s highest mountain, is located along the border between Kenya and Tanzania. Breathtaking views of Kilimanjaro can be seen from Amboseli National Park. The second highest mountain – Mount Kenya – can be found at the country’s center.

Kenya enjoys a tropical climate. The coastal area is warm and humid, the central highlands are temperate, and it is both hot and dry in Kenya’s north and northeast regions. Rainfall in Kenya is seasonal with most rain falling between the months of April and June and shorter rainfalls occurring between October and December.

About Kenya People and Culture

Kenya has a population of more than 38 million people, with about four million residing in its capital city, Nairobi. There are 42 ethnic groups who call Kenya home; each group has its own unique language and culture. Although Kikuyu is the largest ethnic group, the Maasai are the most well known due to both their long-preserved culture and their involvement in Kenyan tourism. Kenya is also home to immigrants of other nationalities, including Europeans, Asians, Arabs and Somalis. Kenya’s official languages are English and Swahili.

About Tourist Attractions in Kenya

Game Safaris and wildlife tours are Kenya’s biggest attractions, drawing many visitors to the country each year. Kenya manages more than 20 national parks and national game reserves, where visitors can view some of the country’s most spectacular wildlife, including the “Big Five” animals. In fact, the “Big Five” are the central focus of the majority of safari tours and wildlife expeditions offered within the parks. Kenya’s most popular game park is the Masaai Mara, which borders the Serengeti plains in Tanzania. Between July and September, visitors can witness the remarkable annual wildebeest migration which takes place at the Mara.

Kenya’s many beaches along the Indian Ocean are the country’s second biggest tourist attraction. Visitors can enjoy clean beaches lined with palm trees and studded with luxury resorts, with coral reefs located just offshore. The City of Mombasa is the entry point to the coast, with beaches extending south to Malindi and north to Lamu Archipelago, a world heritage site.

Kenya is one of the top agricultural producers in Africa thanks to the rich soil of the Kenyan highlands. Coffee, tea, tobacco, cotton, pyrethrum, flowers, cashew nuts and sisal are Kenya’s cash crops, with fruit, vegetables, beans, and cassava emerging as key crops for subsistence. Cattle, goats and sheep are also important agricultural products. Major export markets include Kenya’s neighboring countries, as well as several European and Asian countries, and the United States.

The Republic of Kenya is a multi-party democracy with a National Assembly. The constitution declares the president as both the head of state and the head of government. Kenya’s government has been stable and the recent administration has worked hard to improve the country on many levels, from education, technology to health care to economic growth.

As a developing nation, Kenya has many challenges to overcome. The government is still striving to provide adequate services to the rural communities and corruption in the private and public sector remains rampant. Unemployment is a constant challenge, as well as crime, disease and poverty.

However, as Kenya continues to make a place for itself on the world stage, its abundant agricultural and natural resources, educated manpower, diverse yet cohesive population and vision for the future will see it emerge as a leader among African nations. 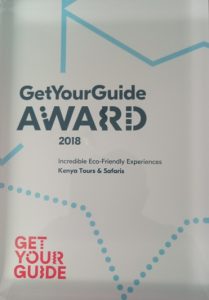